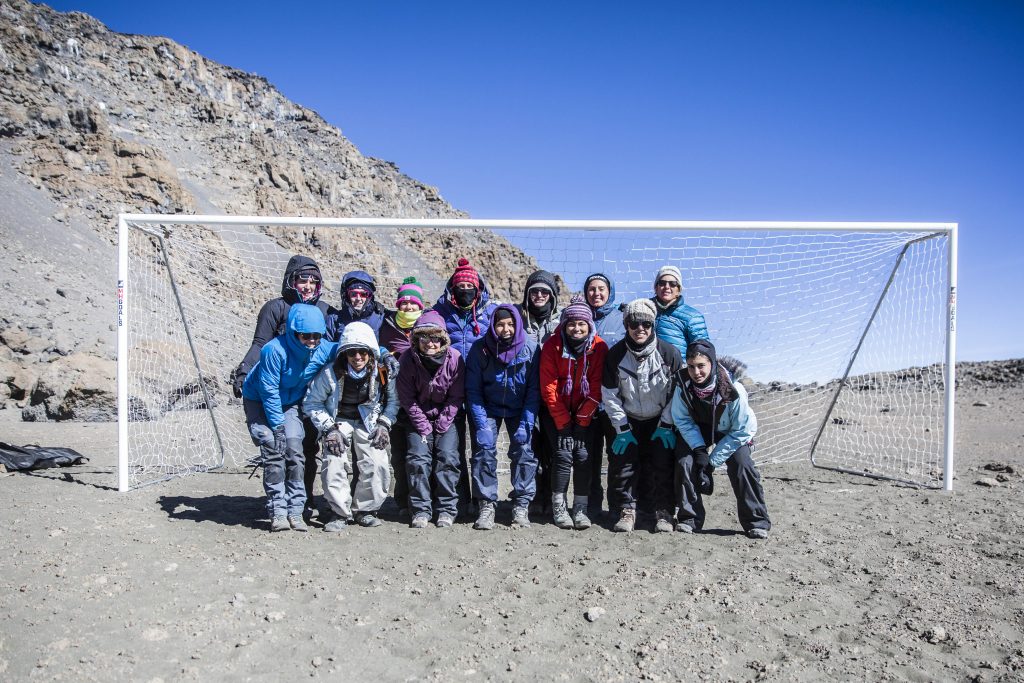 In 2017 MH Goals were approached by Equal Playing Field (EPF) to support them in their world record attempt to climb Mount Kilimanjaro and play the highest altitude game of football ever.

The attempt was part of the EPF initiative, which aims to increase opportunity, equality and respect for women playing or working in sport, and to raise the profile of inspirational female sporting role models in the media. To succeed in their record attempt the teams needed to play using full-sized 24X8 goals, but as they needed to be carried up Africa’s largest mountain they had to be light, easy to carry, and easily broken down into small sections. The goals we designed and made for EPF were constructed from lightweight 80mm aluminium with the crossbar splitting into three sections.

The 32mm net supports were also made in sections similar to our standard folding hinged net supports, and simply clipped into place. We also had to consider the challenge of moving the goals such a distance, so we produced a set of bespoke carry bags to make transporting the posts a simple task.

The world record attempt took place on 24th June 2017 at 5714m above sea level, and has since been recognised as the highest altitude game of football ever played.

Manufacture of products at our Suffolk factory

Design and manufacture of bespoke goals within a three week window

Full training provided at Kings College before the expedition