Our goals have been used in some pretty impressive places – for example Stamford Bridge, home of Premier League Champions Chelsea FC – but this June they’ve gone even further. Around 15,000 feet further in fact, all the way to the top of Mount Kilimanjaro in Tanzania.

Two all-women football teams have just returned from playing a full-scale match on Africa’s highest mountain, breaking the Guinness World Record for the highest altitude game of football ever played.

It took them eight days to reach the volcanic ash plain just below the summit, and along with sleeping bags, tents, climbing equipment and survival gear, they carried with them two goalposts made specially by MH Goals.

The attempt was part of the Equal Playing Field (EPF) initiative, which aims to increase opportunity, equality and respect for women playing or working in sport and raise the profile of inspirational female sporting role models in the media.

“The problem is as simple and powerful as our love of the game,” said Erin Blankenship, co-founder of EPF (equalplayingfield.com 8th June 2017).

“The lack of equality for and representation of women in sport is appalling across the board. Equal Playing Field is taking aim at the systematic inequalities girls and women face that limit their opportunities, acceptance and value as athletes and individuals, starting with those on a football pitch.” 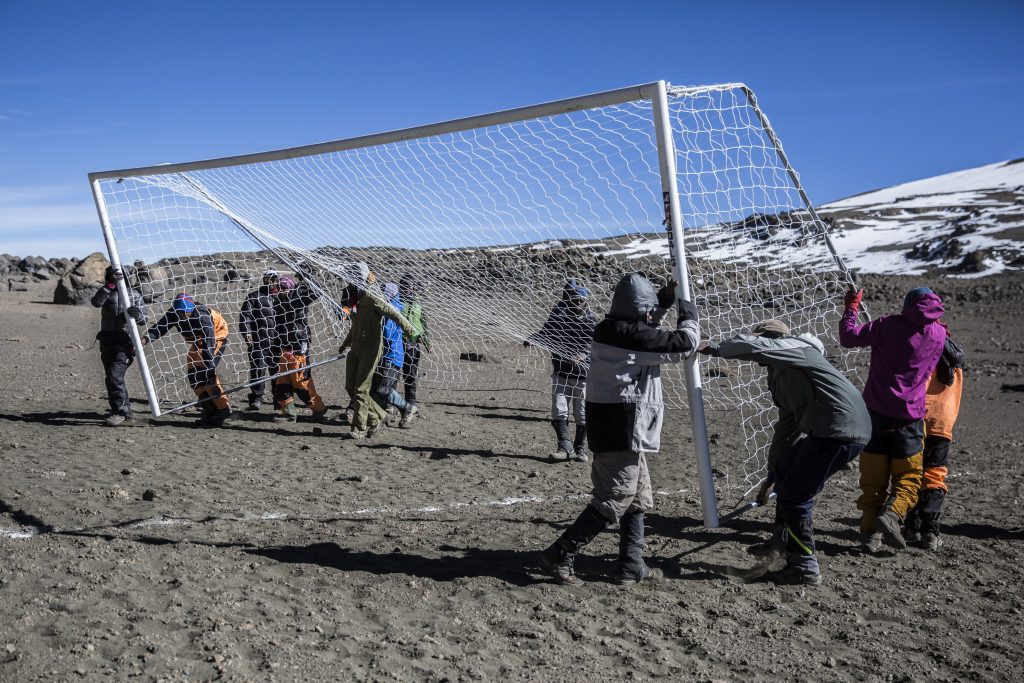 To succeed in their record attempt the teams needed to play using full-sized 24×8 goals. So when they approached us to supply these goals we knew that we had to create something special for this important challenge. After some intense research and development we came up with a set of goals that were light, easy to carry and could break down into small sections. We also made bespoke bags that made the goals easier to transport all the way to the top of the mountain.

Making their way to the top of Kilimanjaro was a truly international line-up: the players included former Canadian defender Sasha Andrews, Germany legend Petra Landers, Afghanistan international Hajar Abufazl amongst their ranks, plus players from Argentina, Egypt, Mexico, Great Britain, the US, France, Jordan and the UAE.

“As soon as we heard about this fantastic venture, we knew we had to get involved,” said Mark Harrod, founder of MH Goals. “Not only is the EPF an initiative that’s really close to our hearts, it was a technical challenge we could really get our teeth into. Everyone involved is really proud of what has been achieved and we look forward to working with EPF in the future.” 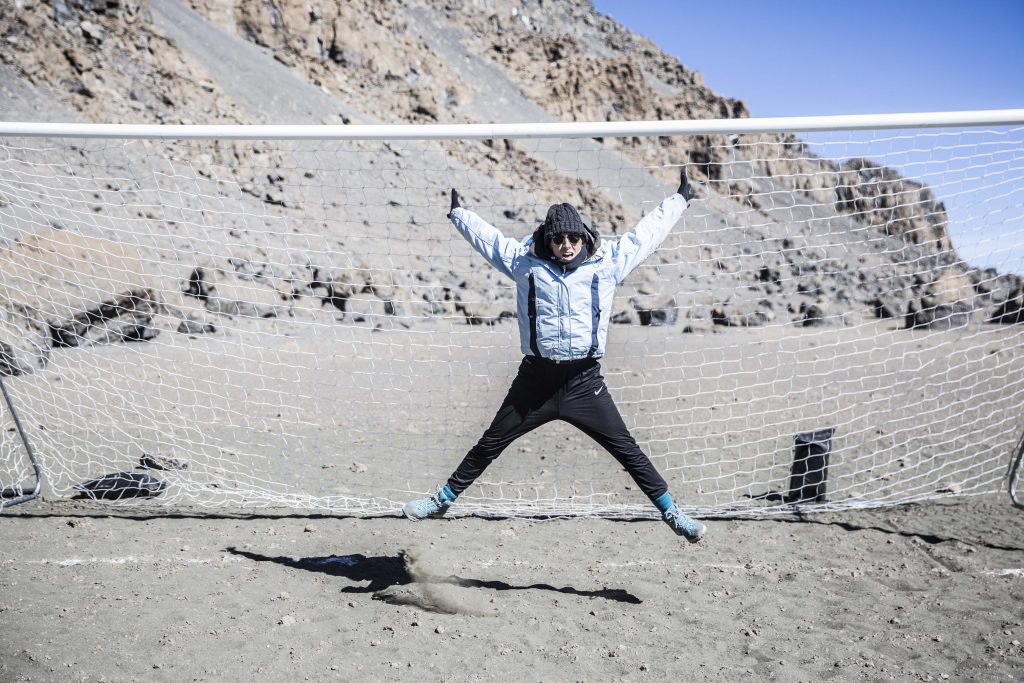