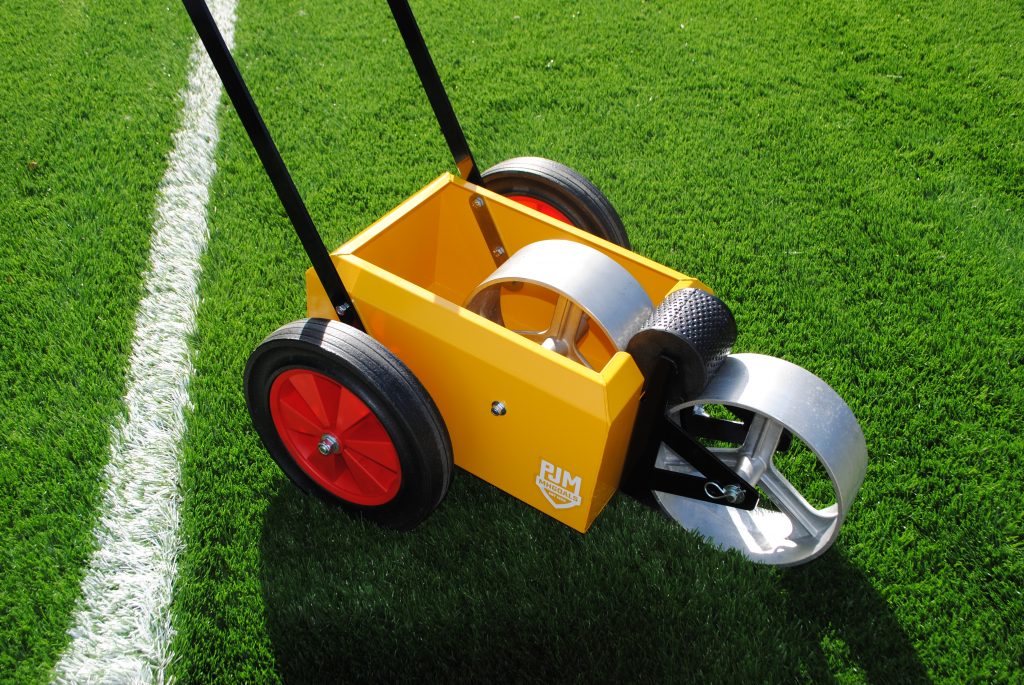 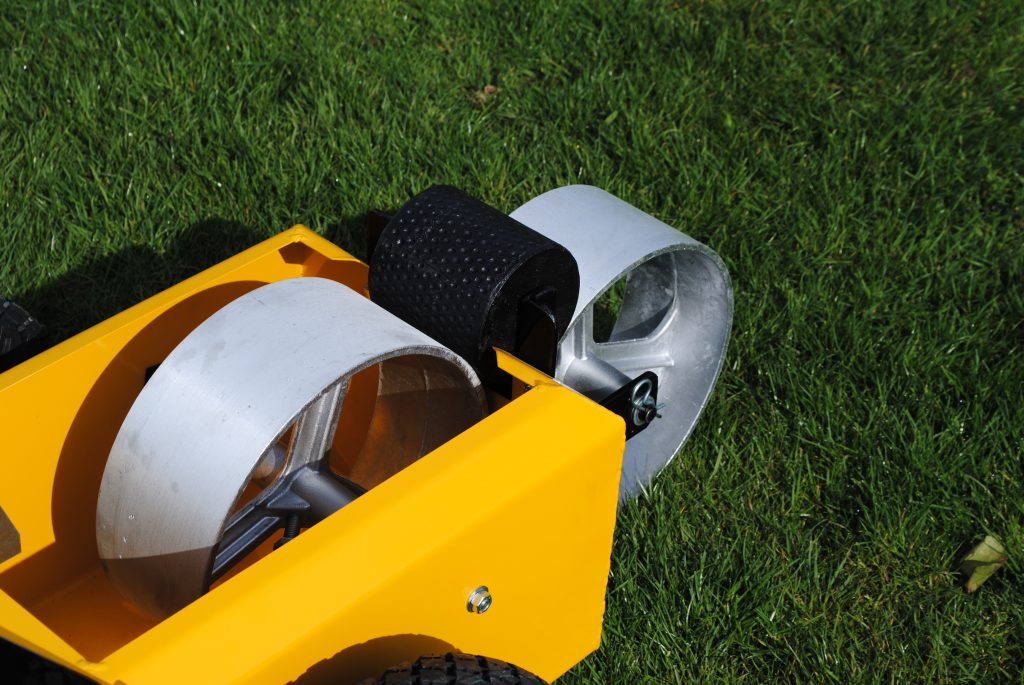 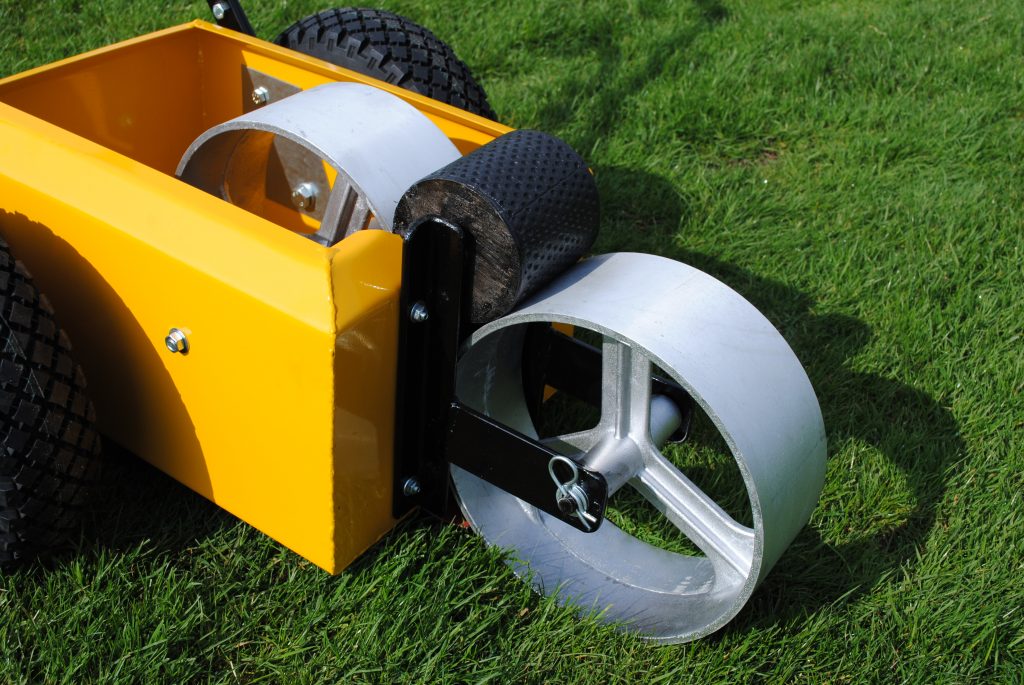 Football clubs get 20% off.
Call us now to get your discount code for use at the checkout.

The flagship Dimple Line Marker, with its patented transfer dimple design, can be found at some of Europe’s top clubs and national stadiums including the Millennium Stadium, Wembley and the Stade de France. Being able to lay a precise line every time is key when your pitch will be viewed by thousands of fans and played on by some of the world’s top players. The Dimple Line Marker is named after its revolutionary transfer wheel which is cast with dozens of small dimples. These small dimples pick up and transfer the paint more accurately and cleanly than any other type of transfer wheel machine which enables the user to lay a superior line. This is also supported by the tank and front marker wheels both being cast from aluminium which produces a precision pick up of paint from tank to pitch. Combine this with a reinforced tank, easy cleaning and a height adjustable handle it’s no wonder that this marker is so highly regarded by professional groundsman.

The flagship Dimple Line Marker, with its patented transfer dimple design, can be found at some of Show More
Specification