Football is now the biggest participation sport for women and girls in England. 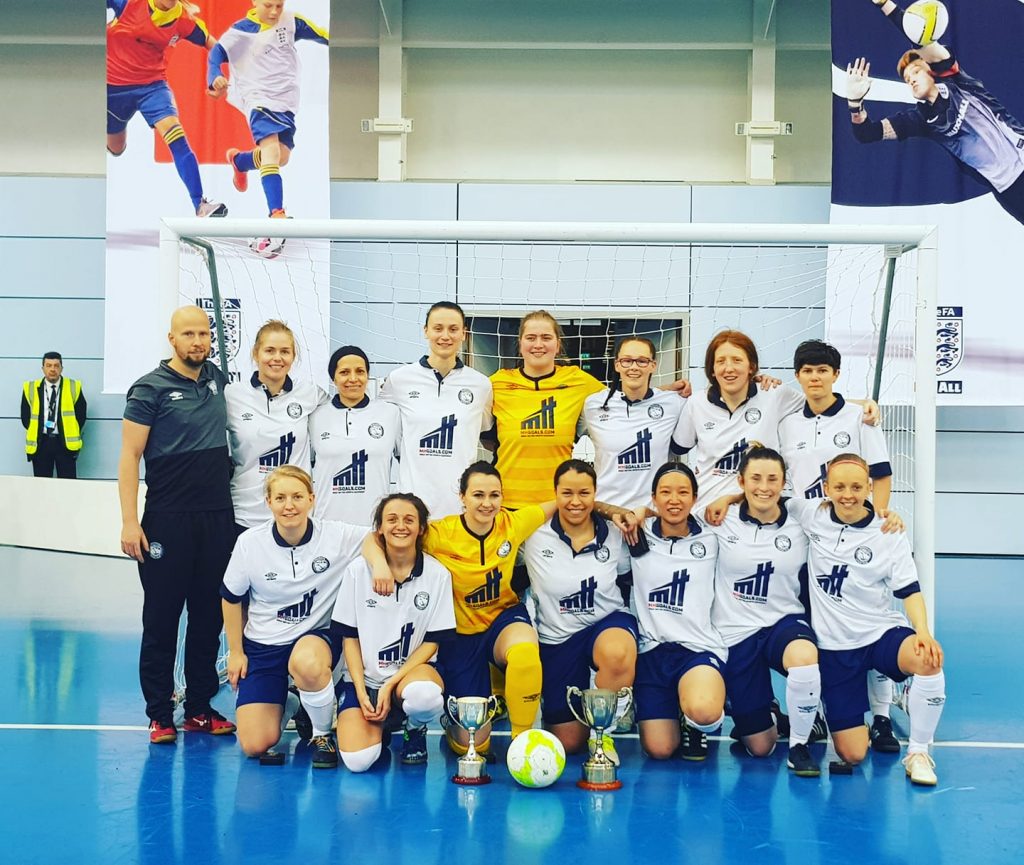 According to FA statistics there are now over 2.5 million registered female players in England, and the number of registered women’s teams is set to hit 12,000 by next year. There are more than 900 Wildcats FA Girls’ Football Centres around the country and 41,000 female FA qualified coaches.

Last August we began sponsoring Manchester Futsal Club, and their women’s team has achieved an impressive double at the end of this season, winning both the Futsal League and the Futsal Cup.

We also sponsor the Cornwall Women’s County Cup, and at the end of April our MD Mark Harrod had the privilege of visiting Bodieve Park to witness the final and present the trophy and medals to eventual victors Callington Town Ladies, who ran out 7-0 winners over Bude Town Ladies. He gave both sides MH Goals gift vouchers so the clubs could buy high quality sports equipment for next season. 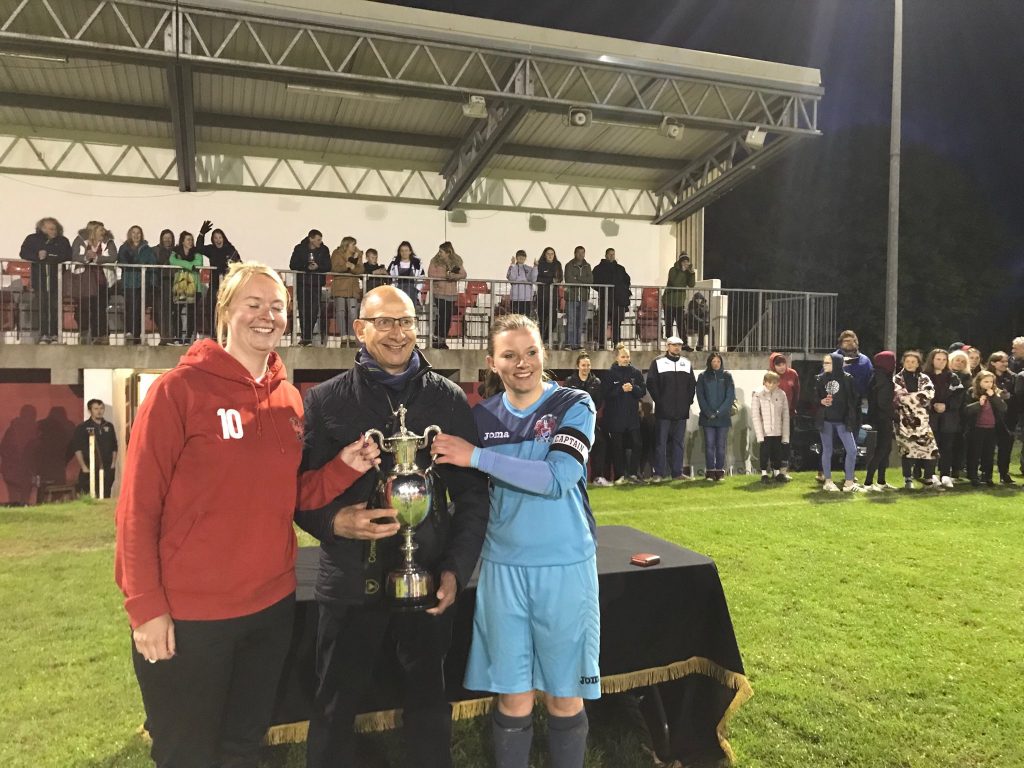 Elite level women’s football is also experiencing a renaissance at the moment, with crowds at the FA Cup final trebling between 2014 (15,098) and 2018 (45,423), while over 55,000 have watched the national team, dubbed the Lionnesses, play at Wembley. They came third in the last World Cup, the highest placed European side, and are looking to go further in France this summer.

However it’s not just football where women’s sport is strong. England’s women’s rugby team has been in seven World Cup Finals out of eight and finished 3rd the one time they missed out. England’s women cricketers are current world champions, and will be looking to defend their title at the 2021 World Cup in New Zealand.

And England’s Women’s Netball team won the BBC’s Greatest Sporting Moment of the Year and Team of the Year in 2018 when they claimed Commonwealth gold against hosts and overwhelming favourites Australia, with a last-second goal in the final. They’ll be looking to consolidate on that victory with a World Cup win later this summer.

International success filters down and inspires girls and women at grassroots level. Along with initiatives such as #ThisGirlCan and the BBC’s #ChangeTheGame, there is more interest in women’s sport in this country than there has been for a generation. Long may it continue.